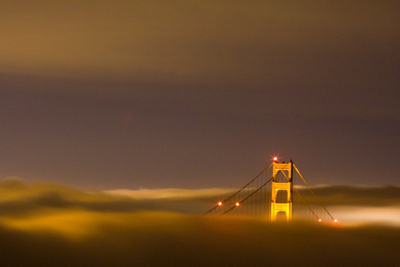 October has, thus far, been a month of Happenings. I feel like we’re finally coming out the other side of months of upheaval and change. Certainty awaits.

Among the biggest of those happenings is the happy news that we close escrow on our new house next week. I can’t wait to get those keys in hand! Of course, after I get those keys  I’ll need to grab myself a paintbrush, too.

But it will be nice to have something to DO, finally, after all these months of waiting and wondering where we would end up. I’ve happily submitted my change-of-address forms to the P.O. too, because it makes it feel official. (As if signing a mountain-sized pile of loan documents doesn’t.)

Amidst all the good news this month there has been sad news, too. Last week an old friend of mine died. Her name was Heidi, and I have known her since we were 4 years old. We grew up together, carpooled to school together, rode bikes, walked our dogs, attempted to learn Spanish.

In high school, Heidi was in the cool crowd while I hung out in the front row with the other nerds. But she never made me feel slighted, and when we ended up at the same junior college for a year or so after graduation, we went nearly everywhere together.

Heidi married shortly after I graduated from college, and asked me to read a poem at her wedding. After I moved away I only saw her rarely, but kept up with her from a distance as she got her nursing degree and had two children. She was diagnosed with breast cancer a couple of years ago and survived.

But cancer reappeared earlier this year and claimed her life last Sunday. Her funeral was yesterday and I wasn’t able to attend, but my thoughts have been with her and her family these last few days.

I have only lost two friends my age so far in my life. Which is lucky, I know. But it’s still so strange to think of people around me suddenly not being there anymore. Mortality is a mystery to the living.

…I’m at a loss for a segue. I seem to just be rambling along here anyway.

Last weekend Boy and I drove across the Golden Gate Bridge to the Marin headlands. We had no particular destination in mind, we just wanted to go somewhere, to be moving instead of sitting at home. We ended up high above the fog, in the dark, watching the clouds close in on the bridge down below.

And I thought, for the hundred millionth time, how happy I am to live here. And how lucky.

My parents fly in today from Illinois, so there’s a family reunion in my very near future. They’re bringing my Gramma Ruth with them, her first trip to California and her first time on a plane, I think since 1968.

Boy and I are in charge of bringing pies to the family festivities, so I’d best get off my duff and up in search of flaky crusts.

I’ll be back next week with a set of brand new keys.

No one ever asked me
if I wanted to crash into the moon.

The trajectory was set
before I got on board
and I, attempting for once
to be a good cosmonaut,
just strapped myself in
and hung on for the ride.

Once in orbit, it wasn’t like
I could just get off and go home.
You always wanted me to
see something through
to The End, anyway, so
here we go.

No one else seems to share
my crisis of faith, so sure are they
that this is a reasonable sacrifice.

For who wouldn’t want to be
incandescent, finally?

To go out like that,
in a brilliant flash of light
just before dawn, raising
a six-mile-high cloud of debris
and dust like a fist
in the face of God.

***
I read this story today about what NASA’s going to be up to in the wee hours of tomorrow morning. All the talk of crashing gave me a strong urge to brace for impact, which reminded me of a lot of relationships I’ve been in, and then one thing led to another and this poem just sort of exploded right out of me. And there you have it.

-Lo, from the lunar surface.

Etsy is a truly magical place. If you haven’t been yet, you should go to there.

And if you wonder why, well… take a gander at just a few of my favorite things. It’s a lovely way to spend a Wednesday afternoon.

You could even do it on a Thursday, if you like.

When there is no end in sight, you feel as if the state of limbo, of darkness, of uncertainty will stretch on and on and on into infinity. You begin to feel like you’ve been there for so long, you can’t remember what it is to live any other way.

And then, suddenly, light! And though you’re still within the tunnel, though you still haven’t reached the end, everything has miraculously changed. Suddenly you are certain that the end is, blessedly, near. And somehow you find yourself laughing at things (*cough* drunk frat boys outside my window at 3 a.m. *cough*) that, a week ago, made you feel like turning into a cutter.

Or, more accurately, we are in escrow. Apartment living shall continue for the near future. Keys to our adorable new house are not yet in hand. But there is suddenly an expiration date on Limboland, and that changes absolutely everything.

There were 7 other offers on this house, as is common in San Francisco surreal estate. But this time, finally, we were the ones who came out on top, thanks in no small part to the efforts of our most fabulous realtor, Jennifer Rosdail. And also to a letter I wrote to tell the sellers why Boy and I would make such wonderful buyers.

Turns out that sometimes people really do care about who buys their house, not just who has the most cash.

Our new home will be just a couple of blocks from the beach–you can hear the thunder of the Pacific Ocean when the windows are open. We’re also pretty close to Golden Gate Park, one of my most favorite places ever. So we’re pretty pleased about that.

The house isn’t huge, but it does have an extra bedroom, a nice garage for Boy and a big huge backyard for LeeLoo. It was built in 1939 and the previous owner bought it brand new. She took very good care of it, leaving the original details intact, so it’s a very charming little place with hardwood floors and sweet little alcoves.

We’re pretty much in love. (And one of us may have been overtaken by the repeated and spontaneous desire to do some booty-shaking in celebration, much to LeeLoo’s confusion.)

One of the things Boy and I kept telling each other throughout the last few months was that we couldn’t settle. We couldn’t just pick a house to have a house and be done with it. We had to end up with a house that made the whole ordeal worthwhile. We had to choose a house that we loved, that could become a home. A place that we could see ourselves in for years to come.

We feel like we’ve found it. And in about 30-ish days, it will truly be ours.

So here’s to lights and ends and certainty. A new adventure begins…