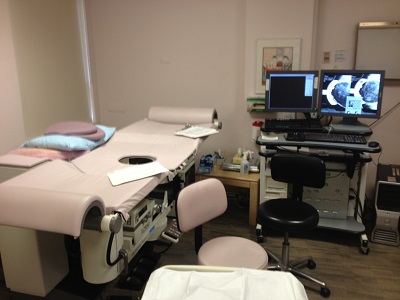 These machines would be softer
had their creators been women.

There would be less smashing,
for starters. Less smashing
and gentler needles.

In the waiting room you fidget
through piles of last year’s  glossy models
and wonder if this blonde ever dangled a breast
through a glory hole in an elevated table
like a Toyota awaiting tire rotation.

Yesterday on the phone, your doctor
avoided all words beginning with C
and instructed you, belatedly,
not to worry.

But the second that fuzzy-lipped nurse
pinned you in place with a well-practiced
look of pity, the moment she plied you
with poorly-written brochures
about procedures and tissue samples,
you bypassed worry and shortcut
straight to funeral planning.

The nurse’s voice, tuned to a level
statistically proven to be soothing,
turned to static before she even
got to the part about how calcifications
are “usually” benign.

It’s like that pre-dawn phone call
months ago warning of tsunami.
And though they swiftly chased it
with platitudes about low probabilities,
and the tide could barely be bothered
to rise half a foot, you had already seen how the wave
would hulk down on all those complacent roofs,
turning your haven into so much flotsam
polluting the slipstream.

Panicked and pajama-clad, you stuffed
the trunk with non-essential photo albums
and the long white box in which your
long white wedding dress lay entombed.
You scooped up your favorite boots and
tossed in a notebook of poems and drove
up the hill to the safe zone while your neighbors slept on
and woke calmly to their coffee mugs,
immune to overreaction.

Now you sit bared to the waist
in a sickly pink room and memorize
the letters you must write to your tiny daughter
about how she shouldn’t try to be popular
in high school, because it’s the nerds
who always turn out better in the end.

When they open the door smiling
with gauze and hollow needles
you begin to understand just how far
your body will go to betray you.

-Lo, who got the negative result today. And I mean “negative” in the most positively benign way possible. Happy ending and all that. 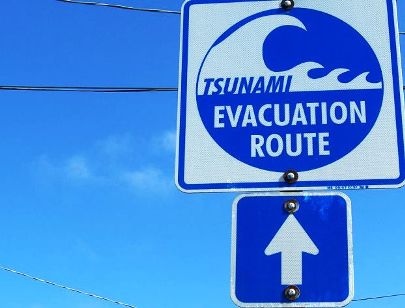 It’s hard to focus on anything other than Haiti this week — a country which, until now, hasn’t claimed much of my attention at all.

But the news of the earthquake followed swiftly by scenes of such devastation and horror have shattered my ignorance.

The pancaked buildings. The dazed survivors stumbling along the ruined streets, covered in white cement dust that makes them look like zombies. And the bodies, so many lifeless bodies, piled along the roadsides or reaching futilely from the wreckage.

I’ve been reading story after story, listening to news report after news report, and am left feeling so helpless in the face of such an overwhelming catastrophe. My friend Michael sponsors a child in Haiti, a 12-year-old boy named Daniel. He doesn’t know whether Daniel survived or not, and I keep thinking, “How will he ever find out?”

There will be so many who just disappear, lost in the rubble or buried, nameless, in a mass grave. It would seem that to not know what became of your loved ones, to not see their end with your own eyes, would be so much worse than finding them dead.

It’s all very difficult to imagine, but I can’t stop myself from spinning out scenarios. My home and Haiti have one major thing in common, after all: fault lines.

In 1989, when the Loma Prieta earthquake tumbled freeways in the Bay Area, I was oblivious, attending high school classes in the flatlands of Illinois. I heard about the 6.9 quake, of course, but it had no context. It didn’t really mean anything to me.

But now, now I live in earthquake land, as do so many people that I love. And not just people–I love the places of San Francisco. The towers and the rowhouses and the bridges and the monuments. I love all these fragile things.

And I can’t help but think about what a 7.0 would mean to me if it hit here, if it hit home.

After all, this Tsunami Evacuation Route sign stands two blocks from my house, waiting for just such an occasion.

No, we aren’t Haiti. Our homes aren’t constructed of shoddy cinder blocks. We learned from 1906, from 1989. We have built better buildings. We have reinforced them with steel. We have packed earthquake kits and stashed them in safe places. We have evacuation routes and contingency plans and bottled water.

But we are not prepared. Not really. How could you ever truly be ready?

So as my heart reaches out to the suffering people so unknown to me, I whisper, “Thank God it wasn’t here. It wasn’t me. It wasn’t mine.”

And all the while I know it could be us, so easily, next time.