mood: hanging in | drinking: some kind of Snapple tea 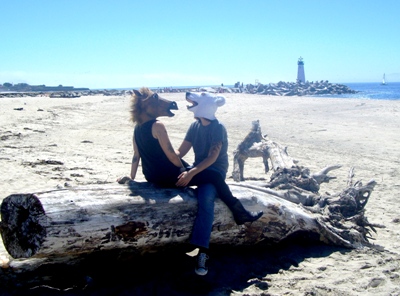 It’s about time for another film festival, wouldn’t you say? Been awhile.

This year, the Berkeley Video & Film Festival is screening our “Homeland Security” cinépoem, which features the lovely Alexis Woods and Carly Putnam. And their respective Bear and Pony alter egos.

I believe my cinépoem partner in crime Michelle Brown and I may be collecting some sort of shiny award, too.

So if you’re in the Norcal area and want to see some indie films lighting up the big screen, join us at the Landmark Cinemas on Shattuck Avenue in Berkeley this Friday night. Screenings start at 7:30 and “Homeland Security” should be shining through around 8pm.

-Lo, who needs to get her bangs trimmed before the big night.

A post-event update:
Michelle and I are happy to announce that, for the 4th year in a row, we brought home a Grand Festival Award in the Arts category for our little cinépoem. Huzzah! 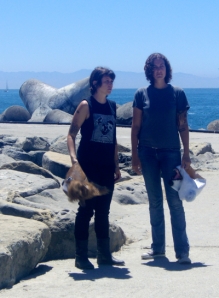 I have been waiting sooooooo long to show you this cinépoem and at (very) long last, it’s finished!

Homeland Security is up on the cinépoems page and also on YouTube.

We shot it in Santa Cruz, CA in August with two gorgeous ladies, Carly & Lex, and a couple of masks. The poem (which is included in The Secrets of Falling) is a very dual-natured sort of beast, as you’ll hear, and so is the cinépoem. Michelle & I are really happy with how it all turned out.

Big ups, too, to our fine composer, Aaron Purvis. He created a delightful soundtrack that fits perfectly with the mood of this little poem, and I can’t thank him enough.