But October 11th came and went this year and I barely noticed. Meanwhile, down south in Gardena CA, someone found a starving, half-bald dog on the streets and took her to the Carson Animal Shelter. 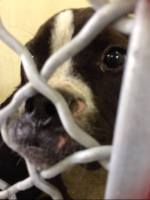 On October 16, a Wednesday, my one-line-a-day journal says that I took Lu to school in the morning and watched her climb a tree. I didn’t know that was the day West Coast Boxer Rescue found that emaciated, mange-ridden little dog in isolation at the animal shelter and brought her into their fold.

They named her Cinderella, hoping to lend a little fairytale magic to her hitherto desperate life.

The vet told the WCBR rescuer that the dog wasn’t a 3-month-old Boxer pup, as they first assumed. She was a Boxer/Boston Terrier mix, and she was closer t0 a year-and-a-half.

It was an easy mistake to make. At 18 pounds, covered in mange, infested with worms and suffering from pneumonia and anemia–little Cinder was a sad story indeed. But there was something in her eyes. A sweetness. A spark.

A volunteer in Redlands welcomed her into her home, taught her how to sit and pee outside. Fed her and loved her and nursed her back toward health. Two weeks later, WCBR noted that Cinder was up to 23 pounds, her hair was starting to grow back, and she was enjoying a long-delayed puppyhood, playing with toys and goofing around with her foster-dog-brother, Baxter.

On November 7, WCBR reported that Cinder had gained 5 more pounds and was clear of pneumonia. In photos, the difference was obvious…

Around this time, I started stalking the WCBR website for Boxer ladies. Bruce and I had decided that, three+ years after the death of our much-loved LeeLoo, we were ready to add a dog to our family again. LeeLoo was with us for 7 years, and was a huge part of our lives. She died just 2 months before our daughter Lucette was born. Although I missed her every day, bringing a new dog into a home with a new baby wasn’t a good idea. So we waited until we were ready, until Lu was ready, and then we started looking for the right dog.

My parents got me a dog, Mitzi the Beagle, when I was 5 years old. So many of my childhood memories include Mitzi–running together down the lane to the cottonwood tree, exploring the 40 acres of woods behind our house, showing off at the 4-H Fair in Amboy every July. 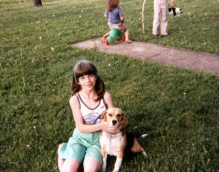 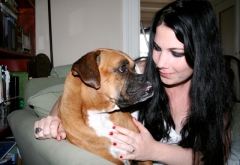 And then there was LeeLoo. My friend, my confidant, my best Boxer lady. I missed having a dog in my life, and more than anything, I wanted Lu to have that experience, that friendship, that one-of-a-kind love. So, as I said, we were looking. We submitted our application, I made a list of available dogs. Cinder wasn’t on it.

The dogs I was drawn to were fawn-colored Boxers. LeeLoo-esque Boxers. And by the time our application was approved, they were all adopted. That’s when Julie from WCBR said, “What about Cinderella?”

I had scrolled past her picture on the “Available Dogs” list several times, but never even thought that she could be our dog.

But after talking to Julie and talking to Doni, Cinder’s foster mum, I began to reconsider. On December 3, Doni sent me these pictures of Cinder: 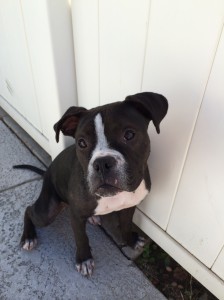 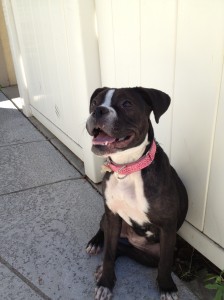 I printed them out, showed them to Bruce & Lu and said, “I think this is our dog!” Lu looked at the pictures, then leaned closer and looked harder. “Ooooh, she’s soooooo cute! Can she be mine? Can I love her?” she said.

On December 14, we drove to San Jose to meet the WCBR transport from southern California. I took one look at Cinder in the back of the van and burst into tears. Yeah. She was our dog. 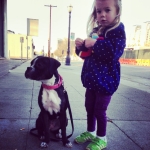 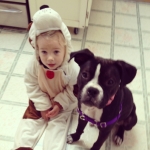 She’s been a part of our family for 17 days now. I’m already wondering what we ever did without her. She’s the sweetest thing ever. Patient with Lucette, eager to learn new things, snuggly and snorty and wiggly and funny.

We call her Vila. In folklore, the Vila are nymphs, fairy-like creatures who live in the wilderness or in the clouds. It seems a fitting name for such a magical wee lady. We’ve already had all sorts of adventures together, and we’re looking forward to a lifetime of more. 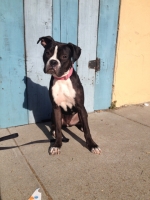 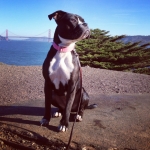 And I sighed a happy sigh. Our family is complete. 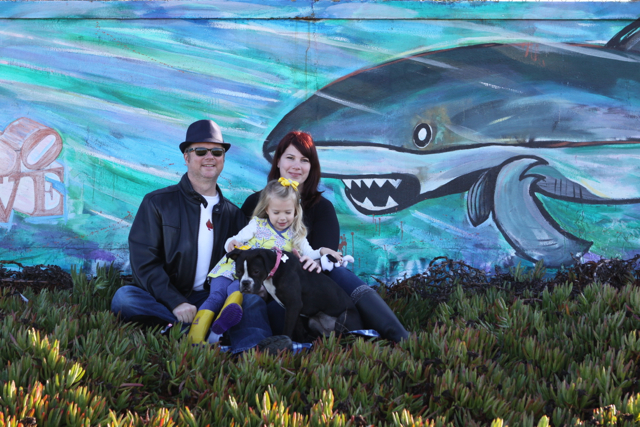