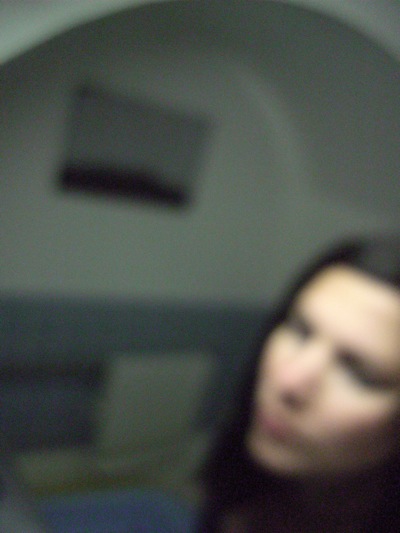 I have a confession of intolerance.

Whenever I hear someone complain, “OMG, I’m, like, soooooooo tired today!” I roll my eyes.

I know you had a late night at the movies or clubbing or studying or sitting on the couch like a lump watching infomercials or writing your screenplay or breaking up with your boyfriend, again.

I used to have those nights, too. Especially in my early 20s.

I’d straggle in to work on Monday morning, hair still smelling of cigarette smoke and stage fog, and whine blearily about how I exhausted I was after a weekend of staying out until 4am dancing blisters onto my soles at The Dome Room.

But then I’d get home from work, pull on some PJs, hunker down on the couch for a sitcom or three and then toddle off to bed early. By Tuesday morning I was all caught up.

So I get it. You didn’t catch your standard amount of Zs and you’re a little crusty-eyed today. I get it, but I don’t feel sorry for you.

Because, I promise you, you have absolutely no understanding of what exhausted really means. Not until you’re a new parent.

Once that baby comes out, you become intimately acquainted with all the hours of the night, all jumbled up and out of order. You never know when you’ll actually get to sleep or when you’ll wake up, jerked unceremoniously out of dreamland by the wail of a tiny crib-bound creature who needs you, and needs you NOW.

Everyone smiles at new mothers indulgently and says, “Awwww. Enjoy it! Newborns sleep all the time.”

Which is only partially true. Yes. Newborns sleep alot. But they also eat alot. As in every 2 hours. Round the clock. And when you’re the one with the boobs, that means that you don’t sleep more than an hour and a half at any one stretch.

“Yeah, but it gets better,” you say. Yes. You’re right. It gets better. Your little one eventually learns that daytime is playtime and night time is sleep time.

And then they learn to roll over. Or sit up. Or crawl. Or stand in the crib and jump up and down and scream like they’re being chased by large hairy beasties.

Or they grow a tooth. Or three. Or they get sick. Or they had a bad day and didn’t take enough naps and now they’re cranky and pissed off and overtired.

Ask any parent what it means when their kid is overtired. (Be prepared that said parent might burst into tears when they answer.) Overtired babies are terrifying.

And speaking of terrifying, as a new parent, you’re a hot mess most of the time. You’ve got scads of wackadoo hormones, none of your pants fit, and by the time you walk over to your to-do list and grab a pen, you can’t remember what it was you were going to remind yourself to do.

You’re afraid to look at your stretch marks straight on in the mirror because then you might have to face the fact that your bikini days are really and truly over. Your hair is falling out in clumps, but it doesn’t matter because you never have time to run a comb through it, anyway. And if you did, baby would yank the hairs you have left straight out of your scalp. So you just rubberband that mop into a knob on the back of your skull and try to remind yourself to wash it before it smells.

But most of all, as a new parent, you wake up every day to the realization that you have created a person. A tiny, awe-inspiring little human being who shits up her own back and can’t pull up her own pants and opens her mouth and squawks for you to feed her like a wee naked hatchling.

And you are simultaneously crushed by the weight of your overwhelming love for this creature and by the responsibility to raise and nuture and teach this brand new person how to be an individual and a good citizen and how to balance a checkbook and drive a car (and a motorcycle) and love herself for who she is and be confident but not arrogant and be kind without being a pushover.

Start adding up all this new parent angst and haphazard snatches of sleep caught here and there over the weeks and months and then factor in 3rd trimester discomfort, tiny bladder syndrome and the inability to roll over into the equation and suddenly you realize that you haven’t really slept a whole night through in OVER A YEAR. (A guy I work with has 3 kids and says he hasn’t had a good night’s sleep in 6 years.)

That, my friends, is what being tired really is. That is actual sleep deprivation. It makes you, by turns, a drooling zombie stumbling through the day and asking your spouse a question 6 times over because you don’t remember what he said, and an over-caffeinated, frantic-eyed energizer bunny who is freakishly motivated to fold the laundry. At 2 am.

Ten years ago, five years ago, 12 months ago, I wouldn’t have really gotten it either. I would have nodded and tried to sympathize. I would have quite sincerely said, “Oh man, that must be really hard.”

And I would have giggled at Go the Fuck to Sleep and thought it was clever. But I would not have guffawed until I cried.

I get it now. And you know what? You can keep your Saturdays of sleeping in until noon. I wouldn’t trade places with you for any goddamn thing in the world.

-Lo, who will sleep when she’s dead.

One thought on “Sleep is the new crack.”